My intention was to finish the entire magazine or book in which these stories appeared, but I didn’t manage to do so in 2018. So therefore, some notes:

8♦️ – “Mystery of the Martian Pendulum” by Thornton Ayre and A.R. Steber, Amazing Stories, October 1941: Explorers on Mars discover an underground chamber with a mysterious orb and surrounding smaller orbs, which causes the center orb to tick. It all explodes and I cannot remember any sort of logical explanation why this existed or what was the point of this story. A mystery. The end of the issue and nothing more than filler.

7♣️ – “One Little Bullet” by Henry Kane, Manhunt, April 1953: Peter Chambers investigates a killing in a crowded nightclub. Several individuals with motives were sitting at a table with the right angle for the shot but Peter tracks down the one with the marksmanship skills. Dialogue not as quirky as usual, which does away with the series’ main attribute.

Q♣️ – “The Tears of Evil” by Craig Rice: A wedding anniversary party leads to murder, unluckily for the couple, but luckily Malone was a guest.

Q♥️ – The Murder of Mr. Malone” by Craig Rice: Malone inadvertently switches place with a San Francisco private eye in the Los Angeles airport and then keeps up the switch until the murderer can be found, including during his own funeral, allowing him to pop up from his coffin and accuse the murderer. No great mystery but fun and wacky, like most Craig Rice works. No Jake and Helene but his competent secretary Maggie.

K♠️ – “The Adventure of the Empty House” by Arthur Conan Doyle: Sherlock Holmes returns after his supposed death three years before. A hunt for Moriarty’s lieutenant brings him back to London and out into the open. The mystery itself serves only as a reason for this return but still triumphant.

Detective Tales was a higher quality publication from Popular Publications than were any from the Trojan line, with this issue featuring stories by Day Keene, D.L Champion, and Stewart Sterling, among others. Being a war-time issue, many of these stories involve defeating Nazi spies in America, including a well done tale, “Night Watch at Anselmo’s” by Philip Ketchum, in which a merchant marine sailor defeats a German spy ring to gain retribution for the sinking of his last ship and the resulting deaths of his friends and fellow crew members.

For the seven of spades selection, “The Corpse Exchange” by Day Keene leads off this issue and gets the main cover blurb. The story features a private eye in Chicago and a war time swindle racket, with murders, frame-ups, knockout drops, con men, a fake suicide, shootings, abductions all in 25 pages. Fast moving, and not featuring an armchair detective by any means.

The Super-Detective pulp was a Trojan publication from their Speed era after the forced clean-up of their Spicy line. Three out of six stories here are reprints from 1934 issues of Spicy Detective, though with much of their salacious material removed. This includes a Norman A. Daniels story, under the name Max Neilson, “Murder Stays at Home” that is enjoyable.

The ten of diamonds selection, “Murder Between Shifts” by John Grange, was a new “book-length” story featuring detective Jim Anthony. He is too good to be true, a millionaire, factory owner, and super-detective, but the story moves along nicely with various motives present for a nightclub killing. The gimmick was a bit obvious but otherwise enjoyable, despite this being a lower quality pulp. The interesting
setting of war time swing shift culture is a plus.

The Fiction House science fiction pulp Planet Stories featured more action-oriented space opera stories than did some of the more artistic or experimental magazines. Leigh Brackett, one of their star authors, had a story in this issue, as did one with whom I was not familiar, Albert DePina, who is also mentioned in a cover blurb. Robert Wilson’s “Vandals of the Void” was another entertaining novelet in this issue.

The 10 of clubs selection, “Double Trouble” by Carl Jacobi, features Grannie Annie, science fiction writer in the future, who goes to various planets to do research for her stories, but stumbles across a real mystery amid competing mines on a moon of Jupiter. This seems to have been a continuing series, but here features her narrator assistant more than the quirky woman herself.

Twice Twenty-Two is an omnibus collecting two collections of short stories, The Golden Apples of the Sun (1953) and A Medicine for Melancholy (1959), each of which consisting of 22 short stories. The quality varies somewhat, especially in the second collection, though that one throws in more science fiction than the first. The focus here, though, is much more on looking backward, with several stories featuring a melancholic nostalgia to a small-town childhood that probably only existed in Bradbury’s imagination. Still, Bradbury was a very gifted writer with great style, and he is able to quickly develop settings and character, even if the plot is awfully light in some of these stories.

For the Deal Me In Challenge, the following were selected:

K♣️ “The Wilderness”: Pioneers to a newly settled planet suffer homesickness as they anticipate the arrival of women settlers, a rather chauvinistic imagining of the future.

10♠️ “Invisible Boy”: A lonely old Ozark woman wants to keep a visiting boy so convinces him that her spell has made him invisible. It doesn’t turn out as she imagined, as he wants to go home, so she finally gives in and tells him he has reappeared. She lives with her own imaginary boy thereafter. This Ozark life is more far-fetched to us than the future stories of interplanetary settlers.

5♠️ “The Pedestrian”: Very short story about old man doing things considered bizarre by society, such as taking a walk or not watching TV. Don’t think we’ll get there.

K♦️ “The April Witch”: An April witch takes partial control of a young woman and uses her to be in love and dance and enjoy the spring, showing more joy and excitement than the woman. Poetic, enchanting.

K♥️ “The Fruit at the Bottom of the Bowl”: A man goes nuts trying to wipe away his fingerprints after committing a murder. Interesting examination of guilt and paranoia. 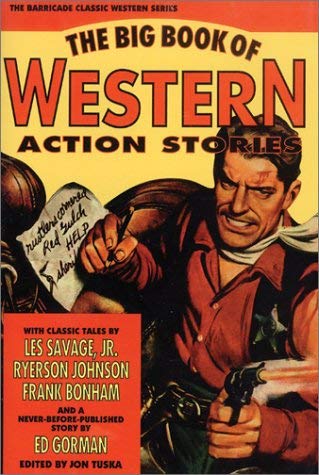 I read this over quite a long period, so won’t individually review very many stories, other than those identified for the Deal Me In Challenge. Other than one story, all appeared in various western pulp magazines from the 1920s to the 1950s and all are of high quality.

Here are my brief notes on the Deal Me In Challenge stories as I read them:

5♥️ “Lawmen Die Sudden” by Will Cook, Big-Book Western, November 1953: A sheriff who has been used to a fairly quiet town has to deal with a murder and the ramifications it brings to his town. Solid.

2♦️ “Showdown at Anchor” by Peter Dawson, Fifteen Western Tales, November 1947, as “A Man For Hell’s Canyon”: A man enters a small foothills town and gets involved with a pretty girl, her obstinate rancher father and their shady ramrod. Good action but feels very familiar like many other stories or movies. Four chapters but feels like it should have been a full length novel in order to flesh out the characters and put some more plot obstacles in the hero’s way.

5♦️ “Wild Was the River” by Giff Cheshire, New Western, May 1946: Unconventional western set in the Northwest as a construction engineer fights to save the lock system he is building around the falls while harboring a hatred for a man who may have been responsible for his father’s death. The anger drives the plot but is a bit much.

6♥️ “Mama Rides the Norther” by Lewis B. Patten, Thrilling Western, March 1953: A man desperate to homestead rather than work his whole life in a feed store takes his city wife and young children out to the prairie, eight days east of Pueblo. After leaving them at the homestead while he goes to town for lumber a blizzard hits and the wife finds her inner strength to overcome her doubts and fears and survive. Well done, realistic tale.

3♠️ “Trail of the Lonely Gun” by Les Savage, Jr., Action Stories, Spring 1946: A fighting newspaperman and friend of the Indian fights to clear his name, while battling political interests and dealing with Hopi, Apaches and other tribes in Arizona. Exciting, pulpy, and far-fetched. Good read, though.

3♥️ “The Feminine Touch” by Dan Cushman, Zane Grey’s Western, October 1952: Story of a miner and his mail order bride who isn’t everything as advertised, though neither was he. Humorous.

8♥️ “The Victim” by Ed Gorman: A much more recent story written specifically for the volume tells of a new reluctant gunfighter and the older one who wants to die. Not exactly new ground but well done.

4♥️ “Banker Clayton’s Interest” by Robert Easton, Collier’s, December 9, 1950: Short. During a drought, cattle are sacrificed to save half a herd on a banker’s idea. Not much characters, just written around one clever idea. 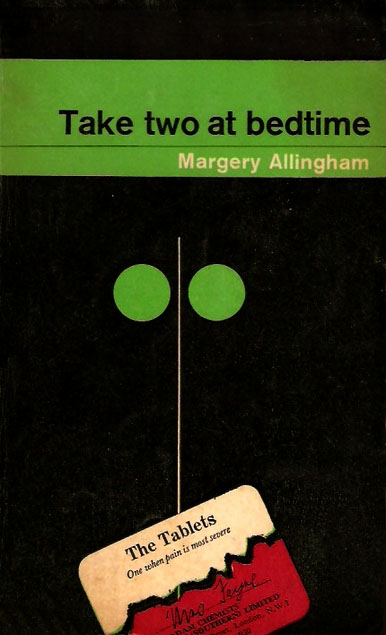 This volume, also published as Deadly Duo, collects two novellas, each of which were selected for the Deal Me In Challenge.

For 8♣, “Wanted: Someone Innocent” a rather innocent young woman is hired by a former schoolmate to be a companion to her invalid husband, but there may be darker motives behind the employment. Interesting, though the young woman is unbelievably naive.

For 8♠, “Last Act” tells of an elderly actress and her young actress granddaughter who has to face questions when the older woman dies. The diva personalities are a bit tough to take here.

These both are entertaining, though not outstanding stories, with mysteries that are not terribly complicated.