A fellow secret agent wants out of the business, but John Drake is assigned to either bring him back to the service or prevent him from falling into the enemy’s hands by any means necessary. Drake heads to Macao to find his former friend, while dealing with various baddies.

A mediocre TV-tie-in adventure story with only a slight hint of the John Drake personality. Weak.

Various people around a small Florida town become involved when a gang of crooks attempts to rob a wealthy old man who doesn’t believe in keeping his money in the bank. MacDonald presents interesting character studies of these individuals while moving the story along with a good level of suspense. This one is largely missing his later philosophical asides and is the better for that. Very engrossing. 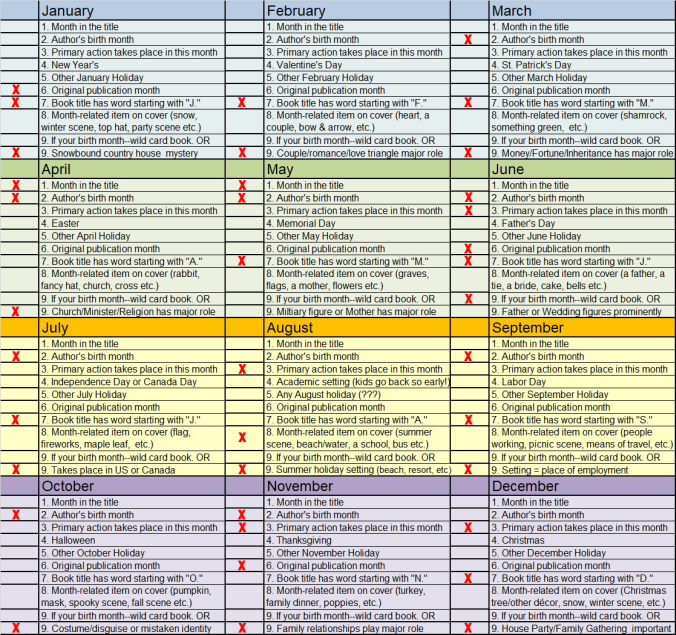 Gervase Fen is working at a film studio as an expert story consultant on a biopic of Alexander Pope. The suicide of a young actress brings his Scotland Yard friend Inspector Humbleby to the studio to investigate her motives. The poisoning death of an actor with whom she was involved leads Fen and Humbleby to believe a revenge plot is in process, which largely succeeds before the culprit is revealed.

A rather slight story in the Gervase Fen series, this one lacks a complex plot or a clever resolution. The setting is good, but it is largely missing the quirky humor that Fen demonstrated in earlier adventures. Due to high expectations, this can only be considred a disappointment. 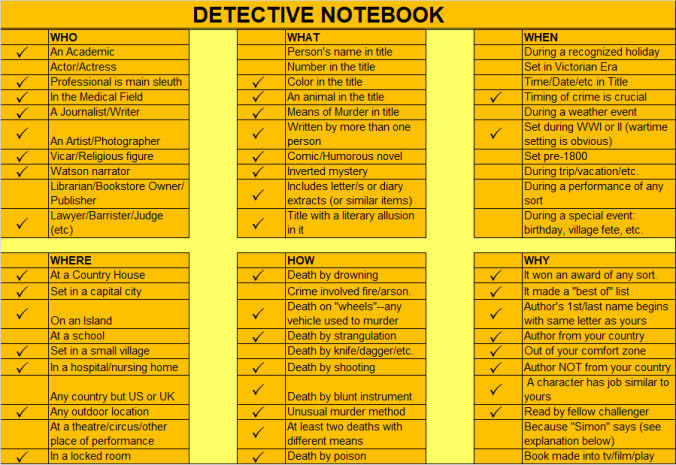 A Cuban poet, sick and drunk, hiding out from killers, is also involved with a revolutionary plot involving Cuba. Hiding out in the low=income area of Los Angeles, the poet gets involved with Father Shanley, as well as his friend, Detective Sammy Golden. Golden attempts to tie together several murders and other crimes, find the missing poet, and halt the revolutionary scheme.

Not much mystery solving, as Golden largely just follows the action. Father Shanley does little here other than tie characters together and provide them shelter. The point of view switches frequently, giving a disjointed and unsettling read, though that is appropriate for the race against time nature of the story. Adequate, but not great. 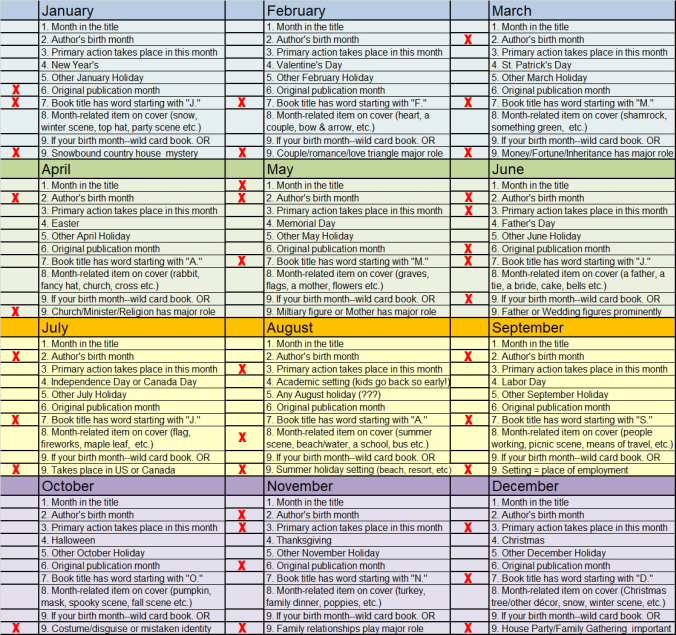 Drury Lane, retired actor, now deaf, is called into a case by the police after a handicapped woman is almost poisoned. Someone in her awful wealthy family is to blame, but the mystery grows cold until another poisoning attempt occurs, during which her mother is killed, seemingly as a secondary accident.

Lane uses very clever and complex logic to arrive at his deductions, all of which is painstakingly related. The actual solution is also painstakingly obvious for reasons not deduced or explained by Lane, all revealed in a hidden document that Lane turns up. It still is a very enjoyable mystery, however, and entertaining read, though not a fast one. 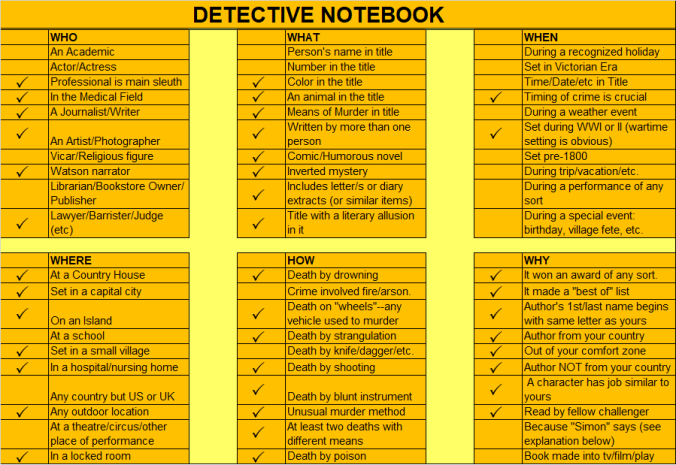 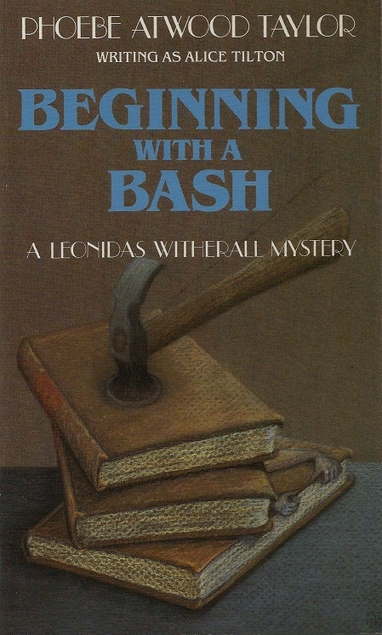 The first Leonidas Witherall mystery starts with a murder in the bookstore for which he is the janitor. A young man, eluding the police, takes refuge in the store, but when the professor who blamed him for the theft of some bonds and had him fired is murdered there, the police naturally think he is to blame. Several others were present in the bookstore, however, and a secret map to the hidden bonds may have been hidden in a book that was also stolen. Witherall and his friends begin a crazy chase adventure, investigating various suspects, searching for the missing book, and eluding the police.

This is a fun, fast-moving story, though apparently later ones in this series become even more slapstick. It would be hard to improve on this one, however, despite the illogical proceedings. 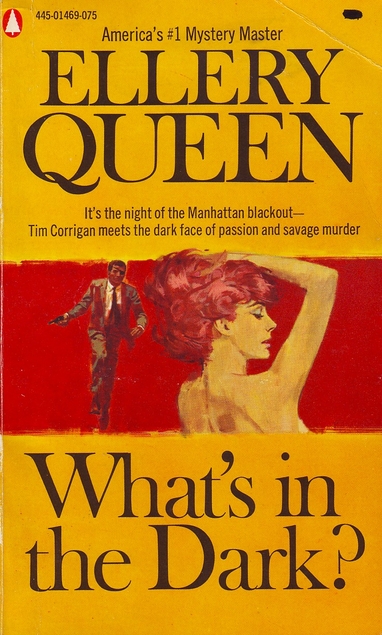 Police captain Tim Corrigan gets instructions to investigate a suicide on the 21st floor of a Manhattan office building, which occurred just before the lights went out during the Great Northeast Blackout of 1965. It may be a stretch to count this for the special event category, if only for the unplanned nature of it. It was special enough to make a Doris Day movie about it. In this story, Corrigan and his buddy, private detective Chuck Baer, quickly determine that the suicide was really murder. They investigate the various employees of the firms on that floor, finding numerous motives and opportunities for the murder, while dealing with the blackout.

Ghostwritten by Talmage Powell, this is the final book in the six-part series. The setting is the strength, though the mystery and writing are not bad. There are a few chauvinistic moments, though all voiced through different characters. I suppose making him wear an eye patch was an attempt to distinguish Corrigan from every other tough-guy police detective, but that’s about the only thing here that does, while the private eye friend is almost completely unneeded. 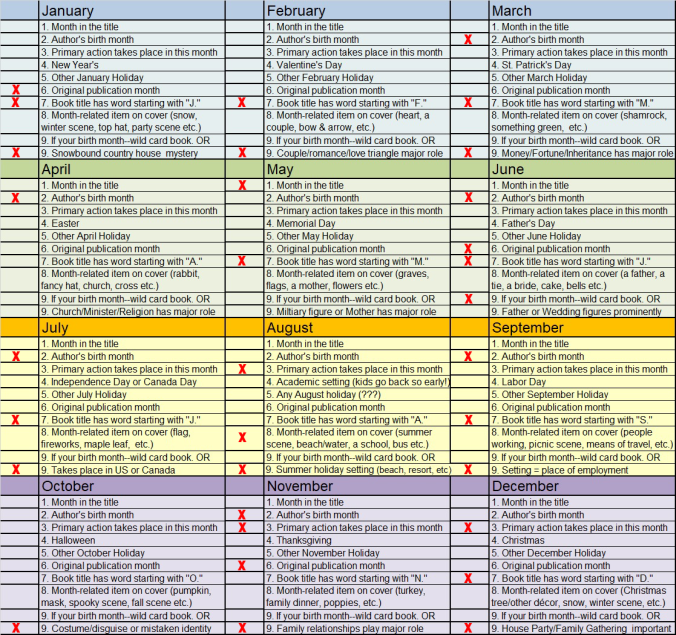