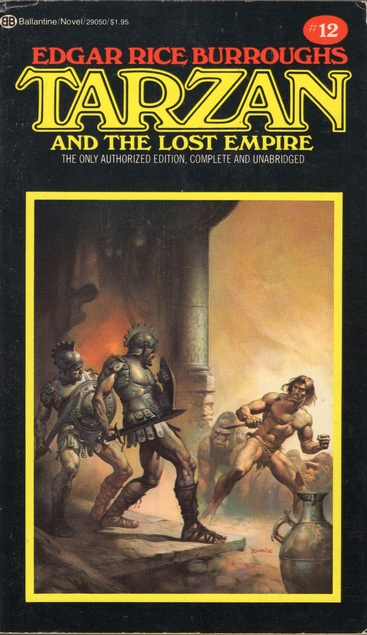 Tarzan hunts for a missing archaeologist, Erich von Harben, a son of a friend. Von Harben has found a hidden valley in Africa where two competing cities still carry on the Roman culture of their founders, 1600 years after their last contact with Rome. Erich becomes a prisoner in one of the cities, while Tarzan is in another. They make friends with other citizens, who are also oppressed by the respective emperors, leading eventually to a large revolt led by Tarzan, after he escapes from his coliseum battles.

This is the usual quick-moving exciting Burroughs stuff. Lost civilizations, political revolts, and much fighting. It is a little difficult to keep the various Roman characters straight with their very similar names, but otherwise it is very entertaining.