A man is murdered through a poisoned device slipped into his pocket aboard a crowded streetcar. He is amidst a number of his business partners/romantic partners/etc., many of whom had a motive to murder him. Puzzled, the police call in a retired Shakespearean actor, Drury Lane. He soon arrives at a solution, known only to himself, while two other related murders soon occur, one aboard a ferry boat and one aboard a commuter train. 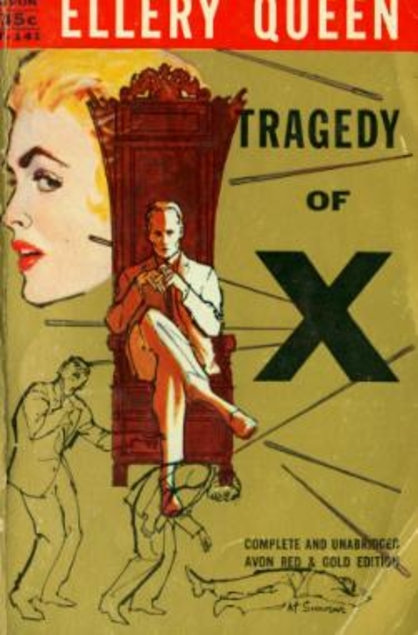 Although Lane arrives at his solution fairly early, the second murder throws him off, allowing the third to occur. His secrecy, unnecessary and unrealistic except for fiction purposes, also risks allowing the killer to go free if anything had happened to Lane. Despite Lane’s quirky Shakespearean background, he remains a somewhat stiff and distant figure, while the 30-page explanation-of-the-crime epilogue is overlong and dry. The clues, once they are revealed, are obvious, and you kick yourself for missing them. Despite the criticisms, this is considered one of Queen’s finest works from his (their) fair play period, and is listed on the Haycraft-Queen Definitive Library of Detective, Crime, and Mystery Fiction. Two copies of this have been on my shelf for quite some time, so I’m glad to finally tackle it.