Architect Kirk Douglas is in love with the female half of a nightclub dance team. She is still married to her dancing partner, however, who will not give her a divorce. Mysteriously a $100,000 has been deposited in Douglas’ bank account, but he has no clue as to its source. Meanwhile a woman he doesn’t know turns up dead in Douglas’ apartment. Also, a wealthy young socialite who has recently been kidnapped turns up at the nightclub and persistently pursues Douglas. Are these strange events tied together in some sort of frame up, and if so, to what purpose?

This is a enjoyable and entertaining mystery, though somewhat far fetched in coincidences if you stop to think. So don’t stop to think. Read and have fun.

Eight Johnny Liddell short stories originally published between 1947 and 1955 are collected here. The stories are well told, but several felt familiar as if they had been reworked into longer Johnny Liddell novels. Several of these stories were first published in Manhunt appropriately as these are not cerebral whodunits, but tough action stories. Good, not great.

Fredric Brown’s “The Case of the Dancing Sandwiches” anchors this issue of Mystery Book Magazine with short stories by John D. MacDonald and D.L. Champion among others. Brown’s story involves a detective trying to clear a man of murder whose story is related to a New Jersey nightclub that nobody can prove exists. It isn’t as clever as many of Brown’s stories, nor does it have a great setting, but still entertaining. MacDonald’s story “Dead on the Pin” is a bowling-related crime story.

Perhaps the best story here is “Murder in Bright Lights” by Jonathan Joseph and Bryant Ford, two writers with whom I was not familiar. Neither seems to have written much else. This short novel is set on Broadway, with a domineering actor-producer-director slain just after opening night. 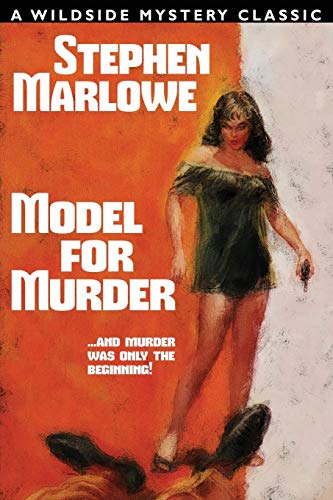 Jason Chase, just released from a two-year stretch in prison for a real estate crime committed by his brother, who has also married Jason’s former fiancee, returns to New York and hooks up with an old girlfriend. She’s been working for a sex researcher and steals all the survey responses as a practical joke on her professor boss. Blackmailers find out about this and kill her roommate in order to steal the papers. The brother, sister-in-law, and sister-in-law’s sister are also all involved, causing Jason to start digging into the world of scandal sheets and mobsters.

A good story that was entertaining to read, but not terribly memorable afterward. Adequate.

Hollywood movie studio troubleshooter Bill Lennox takes his actor friend to a lake resort to have him dry out and pull himself together. The lake resort used by the various Hollywood types is also the home to a small mining town. A Hollywood mogul with whom Bill’s studio is fighting in court turns up dead in Bill’s bed. Convoluted family connections between him and people in the mining town are investigated with many others turning up dead.

The setting is good here, but the breakneck pace at which every suspect is soon murdered with various motives and back stories makes this it difficult to keep characters straight. I do enjoy Ballard’s writing, but this one has too much plot and not enough characterization.

Sam Durrell returns for his fourth adventure, largely centered around New York City, as he investigates Eastern Bloc refugees who now suddenly want to return behind the Iron Curtain rather than stay in the U.S. One in particular, Stella Marni, is the latest who is also involved with his friend Art Greenwald’s brother Frank. Art calls in Sam to investigate, despite the resentment of the F.B.I. to the C.I.A. being involved, including one F.B.I. agent in particular who may have other motives behind his resentment.

The first Green Lama story from Double Detective magazine, April 1940, was reprinted here in High Adventure #70 (2003), along with other stories from that issue, plus a bonus D.L. Champion story from the December 1938 issue. The supernatural aspects of the Green Lama are not as evident as later adventures, but he uses his ability derived from radioactive salts to do super-human things. I’m not sure that’s the wise course of action in the long run. The other stories are short story fillers with only the D.L. Champion one standing out.

A sailor fresh off a boat is on the run for the murder of a police detective who was fooling around with the sailor’s wife. Hiding out with an alcoholic, suicidal female novelist, they attempt to find the real killer while also falling for each other, as tends to happen when you’re on the run.

Fugitive novels seem to have been the thing in the 1950s, perhaps due to the Cold War paranoia. Williams wrote a fast-paced, suspenseful story here with all the requisite elements. The ending perhaps is the one thing that stands out as different from the standard story, other than the skill with which he wrote.

Singer Batts, scholar and armchair detective, is back for his fourth and final mystery with his hotel manager and assistant Joe Spinder. A young man with a suitcase of money arrives at their hotel, followed by a couple of shady characters. Getting involved with the young man’s dilemma leads them to Chicago, where Singer is also presenting a paper to a conference on Shakespeare. Joe digs into the background of the young man’s dead wife, her sister, gangsters, and businessmen, all related to some embezzlement from a soft drink company.

Joe does most of the legwork here, with Singer busy with his conference. Though the Chicago setting is interesting, I did miss the hotel-centered story that was previously more of a focus. This story is a transition to the more urban, Chicago-based stories of the Mac series, which picked up in 1953 after an early outing in 1947. Dewey remains one of my favorite writers and this story is a fun one, even though the mystery was not too difficult to solve.

I’m way behind again, but let me see if I can summarize this one.

A down-on-his-luck TV announcer, Scott Daniels, picks up a stranded woman along a Florida highway. She gets him involved with swiping a suitcase of stolen money from an accident scene, giving him some clues to investigate once they separate in Miami in his hopes of earning the reward money. In order to get that reward, Daniels doesn’t reveal all to the police investigators, getting him into some danger before the deux ex machina arrival of the police.

As is expected for an Ace Double story, this one moves along very quickly. The suspense is not quite as developed as it could have been and their isn’t a lot of deep meaning, but still a fun read.